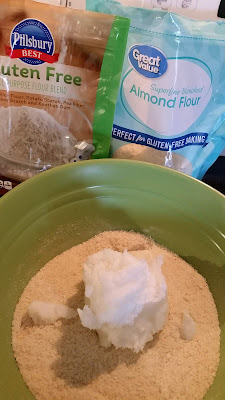 I have the pleasure and honor to bring desserts for a crowd, to my son's in-laws, for Thanksgiving!  His mother-in-law is gluten intolerant so we are getting creative, and we are so excited.

I followed the usual recipe, but instead of regular flour, we used almond flour (ground a bit more finely than almond meal) so it literally is made from almond nuts.  SO EXCITED!  Now I happen to have about 1/3 cup left of this Pillsbury gluten free flour, so used that too, and then when mixing the dough we had to keep adding more and more of the almond flour.  This dough feels moister.

You can not roll it out and transfer it, but it is easily pliable to the shape of your baking dish.  We made a deep dish fruit crisp (or dutch pie) in a big cast iron skillet, using three fruit fillings, then another pie for Mrs. Breit's favorite (coconut cream). 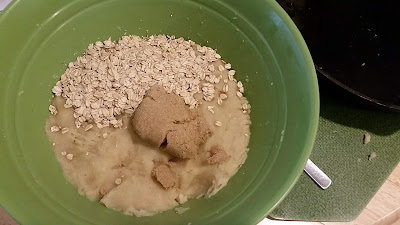 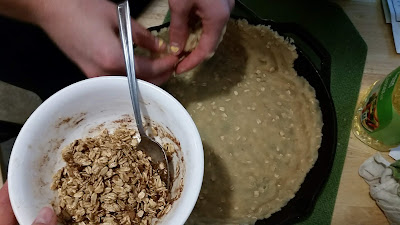 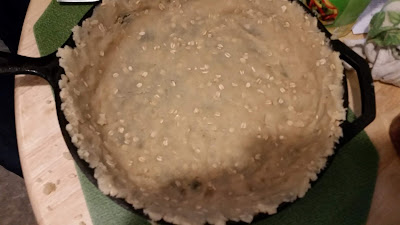 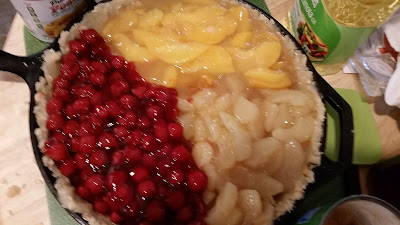 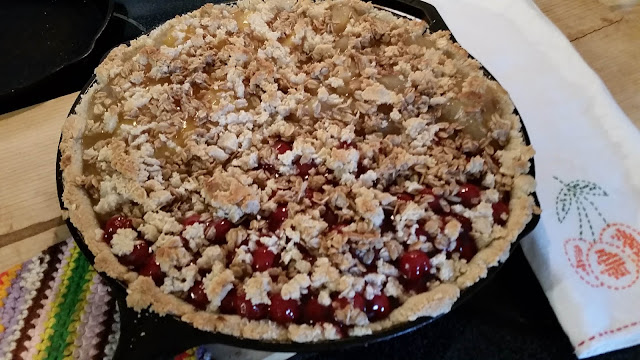 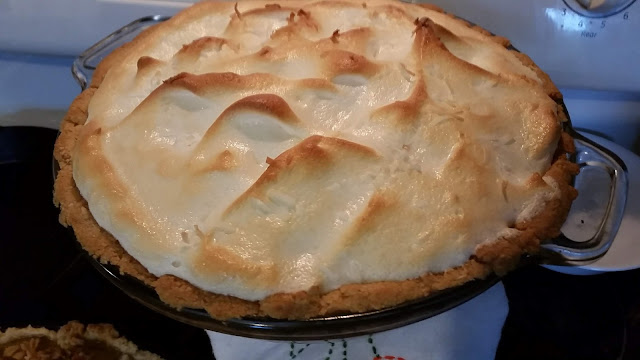 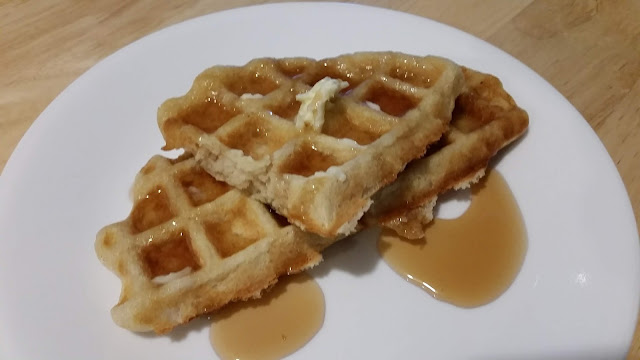 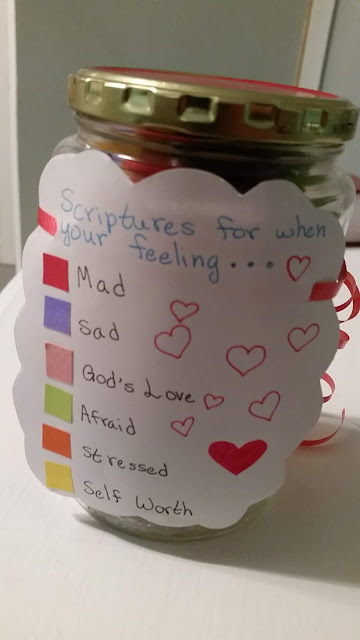 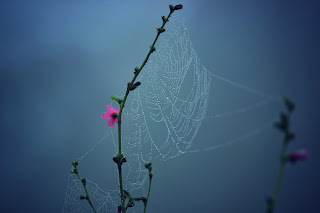